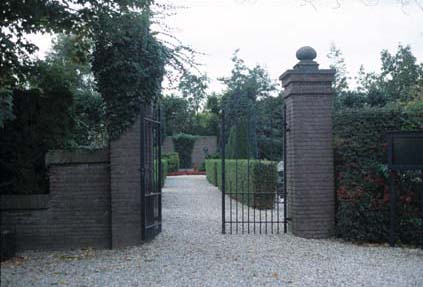 The current R.K. cemetery at the Straatweg between Maarssen and Breukelen dates back to 1828. Before that, Maarssen knew only one graveyard where all people, Catholic or Protestant, were buried. This cemetery was situated around the existing Dutch Reformed Church. By Royal Decree of August 22, 1827 it was buried in churches banned from January 1, 1829. It was also determined that in every community a cemetery of at least 25 should be set at 25 meters, located outside urban areas. In villages with fewer than 1,000 souls, however if the existing cemetery remain in use. Maarssen then continued to the cemetery next to the church is the only cemetery.

That did not last long. Curate G. van Nooy was an own RK cemetery built behind the church on Beresteyn (built in the years 1755-1759 and service done until 1885). In 1879 pastor Essink showed increase the graveyard to the east side of the river Vecht. Followed later by several extensions.

One of the most striking parts of the cemetery is the grave of Dr. Alphons Ariëns. A sober tomb with the inscription "Ariëns Priest" adorns Graf Alphons Ariëns His final resting place. Initially the monument consisted of a small chapel that was built around the tomb. In 1969 this building was replaced by a new monument, funded by the NKV. 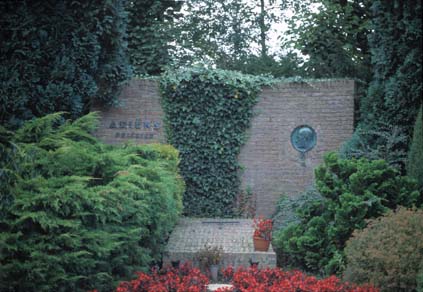 Alphons Ariëns was pastor in Maarssen from 1908 to 1928. He was a founder of the Catholic labor movement, a driving force in the Catholic temperance and one of those who stood at the base of the Catholic women's movement. (2002)